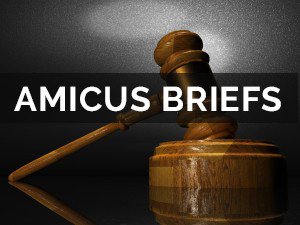 The Washington State Supreme Court today ruled in favor of a class of approximately 700 farm workers who claimed to have been cheated out of their wages by a gun-wielding foreman.? They sued the farm owner, the manager, as well as the company that recruited them.? The Court held that all defendants were “farm labor contractors” within the meaning of the Farm Labor Contractor Act, RCW 19.30.010(2), and that they are all jointly and severally liable within the meaning of RCW 19.30.200. See the Court’s Decision: Saucedo v. John Hancock Life

In November 2015, Jeff Needle and Christie Fix wrote and filed WELA’s Amicus Brief?arguing that the statute requires a liberal interpretation to advance its remedial purposes.? The rule of lenity only applies where ordinary rules of statutory construction are insufficient to discern its meaning, and here the meaning was clear.? Moreover, the rule of lenity does not apply to hybrid statutes (statutes with both a civil and criminal provision) where the statute is primarily civil in nature and not criminal.? WELA argued that the statute was violated and the Defendants were jointly and severally liable as a matter of law.?See Wela’s Amicus Brief.