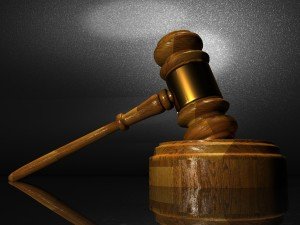 In 2009, the Washington legislature amended the Employment Security Act to provide unemployment benefits for claimants who “(a) Left work to relocate for the employment of a spouse or domestic partner that is outside the existing labor market area; and (b) remained employed as long as was reasonable prior to the move.” RCW 50.20.050(2)(B)(iii). This case represents the first time an appellate court has interpreted Washington’s “quit to follow” statute.

In June 2010, Robert Campbell was a full-time teacher with the University Place School District, when his wife received a Fulbright grant to research and teach in Finland from February to May 2011. Mr. Campbell asked the District for a leave of absence for the spring semester of 2010-2011 school year to accompany his wife and young daughter to Finland. The District denied this request. Mr. Campbell then requested a leave of absence for the entire 2010-2011 school year, which was also denied. Mr. Campbell subsequently resigned his position effective June 21, 2010.? Mr. Campbell applied for unemployment benefits and provided the circumstances of his resignation on his voluntary quit statement. The Employment Security Department (“ESD”) denied his request for benefits, finding that he did not have good cause to quit. Mr. Campbell appealed ESD’s decision, which was affirmed by an administrative law judge and adopted by the ESD commissioner. On appeal to Superior Court, the commissioner’s decision was reversed.? The Court of Appeals (Division II) affirmed the ESD commissioner’s decision denying Mr. Campbell’s claim for unemployment benefits. The Court of Appeals found that Mr. Campbell’s explanation for resigning at the end of the school year involved ethical and professional concerns for his employer, but failed to establish that he remained employed “as long as was reasonable.”

The Supreme Court affirmed the Court of Appeals, finding that the administrative decision that Campbell did not work as long as reasonably possible was not clearly erroneous.? Therese Norton and Joe Shaeffer wrote an amicus brief for WELA.